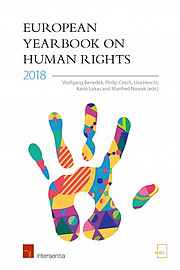 Both in Europe and around the world, 2017 has been another difficult year for the protection of human rights. Examples of the increased pressure on the European human rights system are apparent: the attack on the independence of the judiciary in Poland, which was responded to by the first time initiation of the rule of law procedure by the European Commission; the increasing human rights issues arising from European migration policy; Russia’s suspension of its financial contribution to the Council of Europe and Turkey’s lowering of its contribution; and the difficulties in appointing key human rights positions in the Organization for Security and Cooperation in Europe.

Split into its customary four parts and complemented by book reviews of recent publications on human rights in Europe, the tenth volume of the European Yearbook on Human Rights brings together renowned scholars to analyse some of the most pressing and topical human rights issues being faced in Europe today. 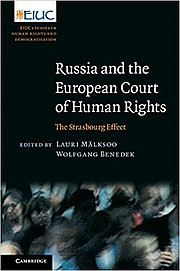 Why has there been a human rights backlash in Russia despite the country having been part of the European human rights protection system since the late 1990s? To what extent does Russia implement judgments of the Strasbourg Court, and to what extent does it resist the implementation? This fascinating study investigates Russia's turbulent relationship with the European Court of Human Rights and examines whether the Strasbourg court has indeed had the effect of increasing the protection of human rights in Russia. Researchers and scholars of law and political science with a particular interest in human rights and Russia will benefit from this in-depth exploration of the background of this subject. 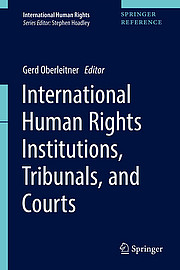 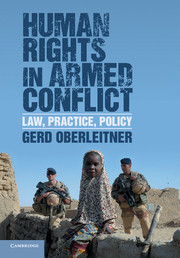 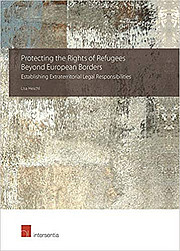 The European migration and asylum policy has been shaped by efforts to establish an efficient migration management system in order to protect the Area of Freedom, Security and Justice from the new security threat of 'irregular migration'. The extraterritorialisation of immigration control measures beyond territorial borders form part of this strategy and the EU-Turkey deal and the call for an increased cooperation with Northern Africa are but two examples. Pre-border control mechanisms composed of administrative, legislative and operational measures, are largely perceived as effective means to channel flows of migrants avoiding logistical and financial burdens for Member States. However, from a legal perspective, this shift to extraterritorial activities raises important questions related to the creation of zones in which responsibilities for legal norms related to the protection of refugees may be circumvented by States or any other actors involved in migration control activities. Protecting the Rights of Refugees Beyond European Borders tries to reconcile the motives behind extraterritorialisation strategies with actual legal consequences. It carefully examines the legal frameworks that govern situations in which a migrant meets an authority in the context of extraterritorial immigration control measures. The book approaches the topic from the hypothesis that international and European obligations do not only constrain extraterritorial acts of States or specialised agencies, but give rise to concrete legal responsibilities deriving from different legal regimes such as general international law, human rights law and EU law. In addition, it takes a more practical approach going beyond the normative establishment of legal responsibilities by investigating the actual possibilities to invoke eventual responsibilities for violations of fundamental guarantees occurring in the context of extraterritorial immigration control measures. 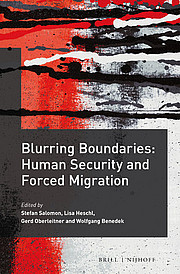 In Blurring Boundaries: Human Security and Forced Migration scholars from law and social sciences offers a fresh view on the major issues of forced migration through the lens of human security. Although much scholarship engages with forced migration and human security independently, they have hardly been weaved together in a comprehensive manner. The contributions cover the issues of refugee law, maritime migration, human smuggling and trafficking and environmental migration.

Blurring Boundaries critically engages boundaries produced in the law with the main ideas of human security, thus providing a much-needed novel vocabulary for a critical discourse in forced migration studies. 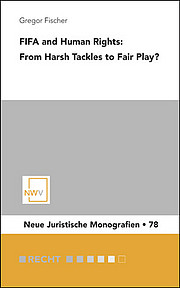 Football makes the world go round. Accordingly, the international governing body of federation football, the Fédération Internationale de Football Association (FIFA) is a powerful actor on the international plane, and it is not always playing fair: Its market force persuades states to reform their budgets, administrative provisions, public policing and even their criminal jurisdiction systems, potentially endangering the rights of the individual. But can FIFA be held accountable, as non-state actors all too often seem to be out of reach of international human rights law? In this book, examples of adverse human rights impacts of FIFA’s operations are examined in the context of the international human rights order. Will public international law be able to tame the football giant? Or are there alternative, more promising routes that should be taken to prevent harsh human rights fouls in the future?